After many years of not running speedball, the Commando Paintball team felt Ottawa needed a professional and well-run speedball field. Seasoned coaching, turfed field, scoreboards and 4,500 air filled pits are all available. Going forward, we are proud to be able to host more events for palyers from all over Ontario and Quebec

Speedball is a great alternative game for people looking for a challenge. This game required team communication, speed and agility while located on a smaller field with inflatable obstacles. Normally, Speedball is played with team of three, five, seven or even 10!

Welcome To Our Playground!

Commando offers a wide variety of terrain for paint ball. Browse through our various fields to see which setting suits your needs best! 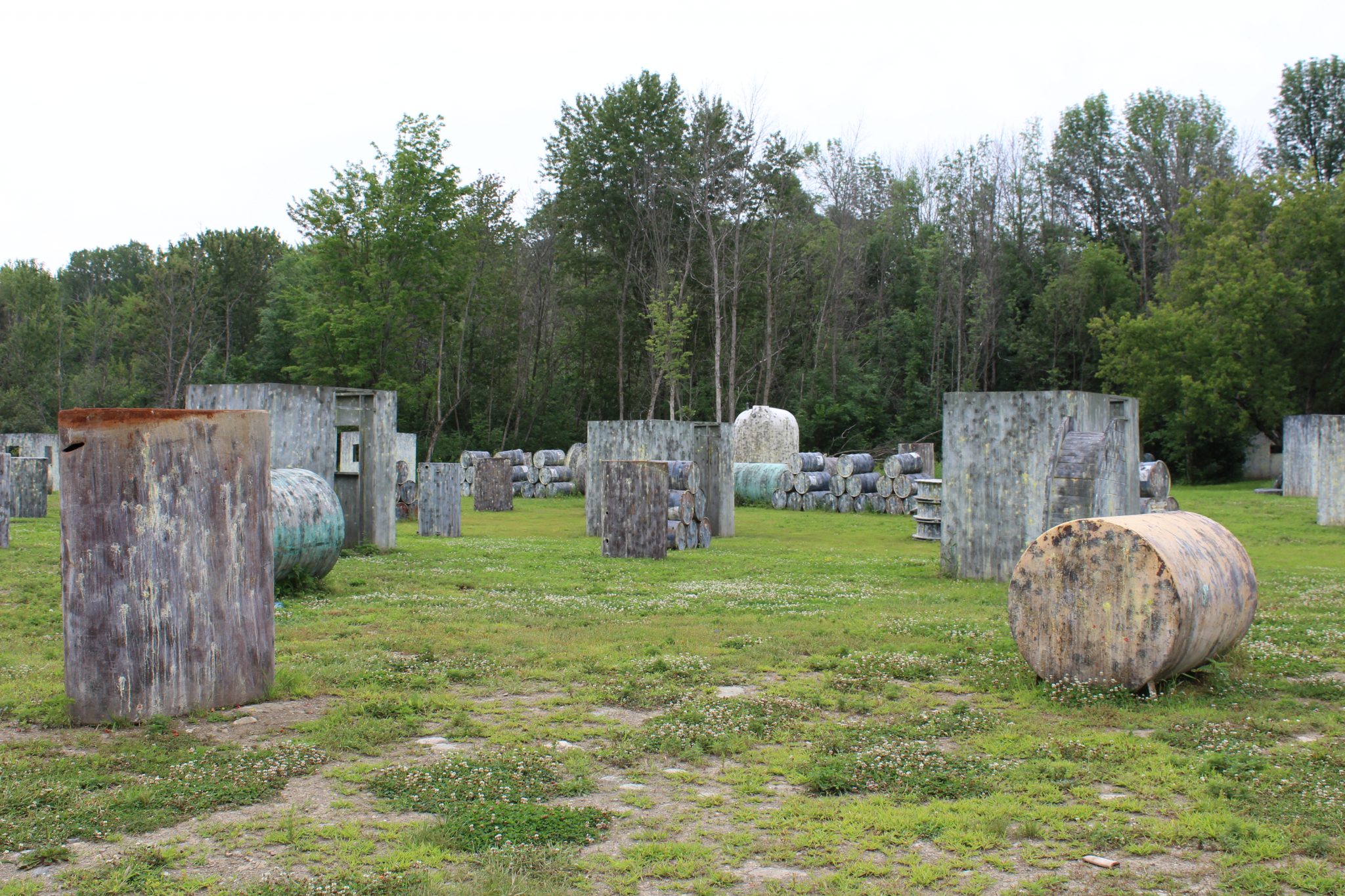 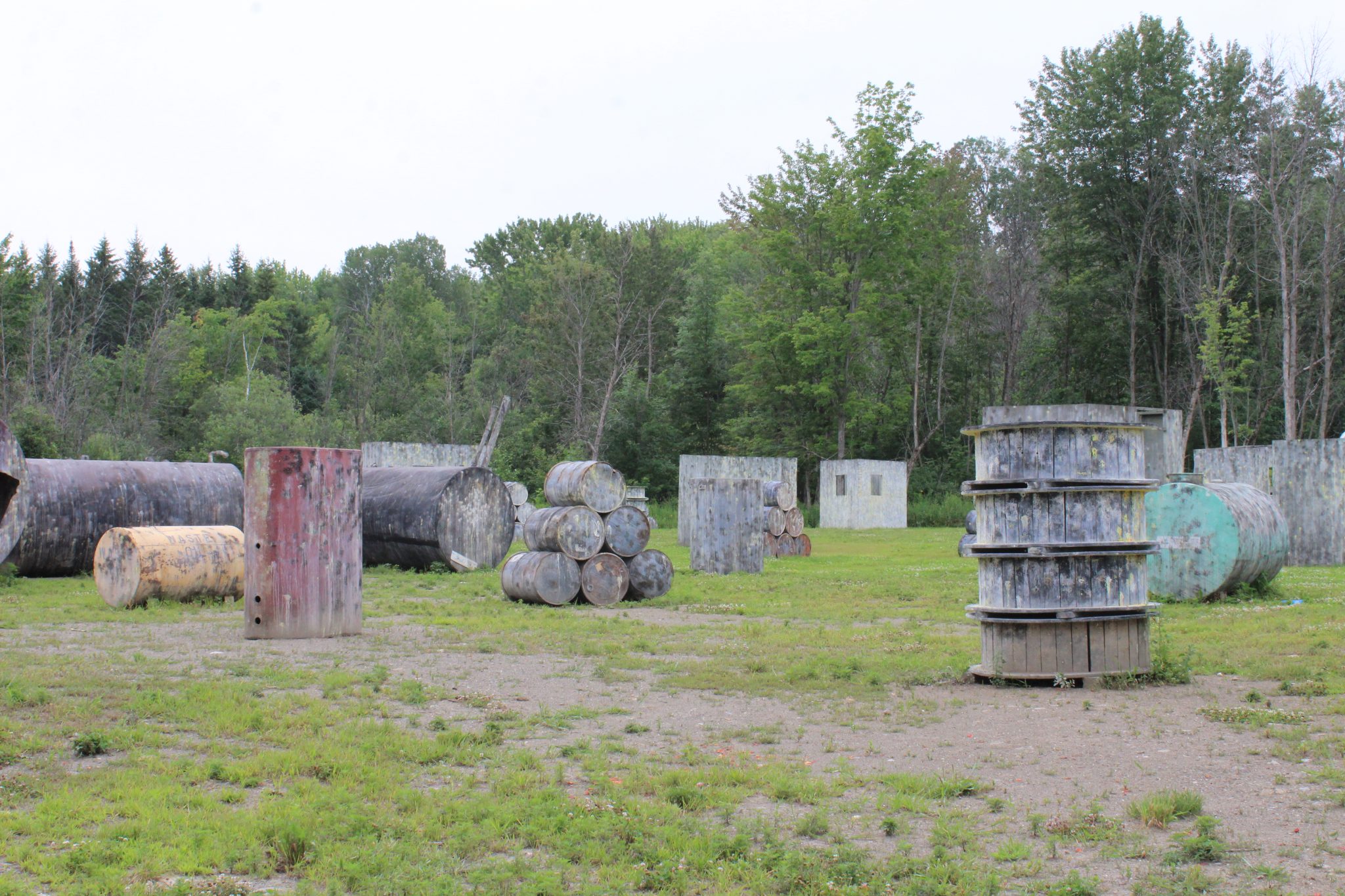 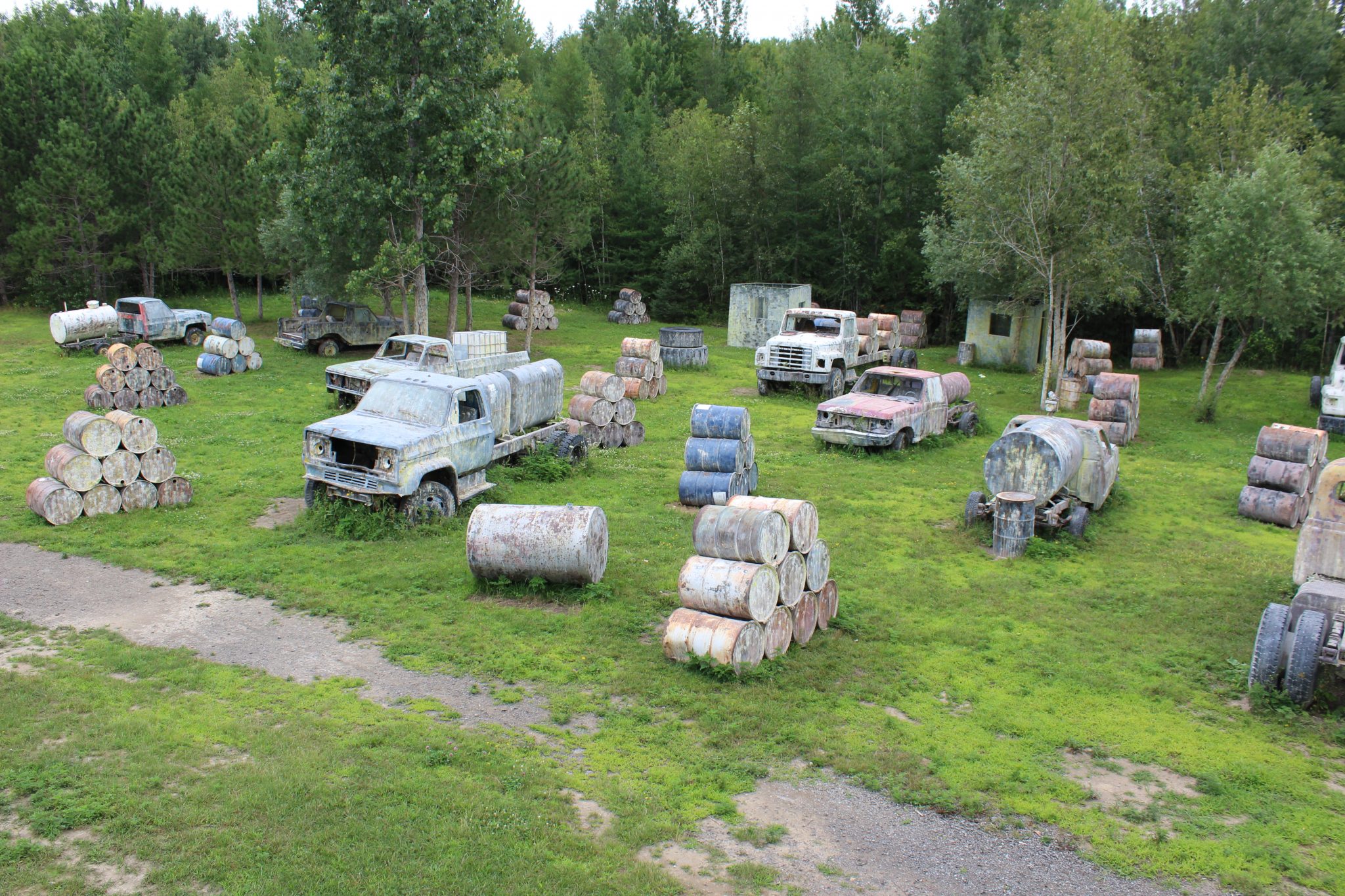 I have never booked or played speedball, how does it work?

We have set it up on a flat area of our property with inflatable barriers that are equally aligned for both teams. This ensures players’ safety and fair game conditions for everyone involved. We are now running our updated speedball field. We host open speedball every Wednesday evening starting at 5 pm and Sunday morning starting at 9 am.

What’s the difference between speedball and paintball?

Inflatable bunkers in a grass or turf field are used in Speedball which is a paintball variant. The bunkers are arranged in various configurations to test the players, necessitating teamwork, speed, and agility. Speedball is a sport in which three, five, seven, or ten players compete in teams of three, five, seven, or ten. The points system is different based on whether you’re playing the NPPL’s opposing flag format or the Race2 style.

What kind of surface is speedball played on?

Speedball is a specific form of paintball game. It’s played on a big, flat field with no natural impediments, comparable to a football or soccer field. The fields in speedball are usually made of artificial turf.

A speedball field is set up on a flat field with inflatable bunkers evenly spaced for both teams. This assures the safety of the athletes as well as fair playing conditions for both sides. Professional speedball tournament fields are typically smaller than recreational fields. The smaller the area, though, the more agility and speed you’ll need to win!

What kind of obstacles are in speedball?

What shoes should I wear for speedball?

If you’re going to play speedball, you can wear cleats, but stay away from ones with metal spikes. Unlike paintball, you want to stay away from trail shoes and boots as speedball is played on a filed. It goes without saying that open-toe sandals should be avoided.

Note: You need to bring your own shoes to use while playing the game. It is advised to bring clean shoes for the trip home.

How is speedball played?

Speedball is a fast-paced paintball game used in recreational settings in a tiny area better suited for putting on a show. Fronts or frontman, mid or mid-players, floaters, backs or back-players, and inserts are the most common positions for speedball paintball players. These five roles make up a team, and each one provides a distinct necessity on the team during a game.

Do I need to make reservations?

What do I need to make a reservation?

In order to make a reservation, we require the name of the organizer, a phone number and the number of players. When closer to the date of the booking, we require a valid credit card number. We do not use the card and everyone pays separately at the field on the date of the game, however, the organizer has 48 hours to cancel the whole group. The organizer is not responsible for no-shows. If no one calls to cancel the group and no one shows up from the group, we charge the card a $20 per player penalty. If you do not have a credit card, we require a $20 deposit per player in advance to hold the reservation.

What time do you open and close?

With the exception of walk-on days, which open at 10:00 a.m., we are very group driven, so we do not have set open and close times. We open when the first group is booked in and close when the groups are done or when it gets dark, whatever comes first. If you are walking in, we recommend you do not come out any later than 2:00 p.m. as a start time, as we cannot run with less than 10 players.

What does a private group mean?

This means you are not subject to mingling and your group will be moved around from field to field and there will be no outside players allowed in your group. If a group wants to be private, there is a privacy fee of $150 to be paid in advance

Open 7 days a week by “RESERVATION ONLY” from mid-March to the end of November (weather permitting). Reservations must be made 48 hours in advance.

To save time, please fill out our waiver prior to visiting Commando Action Centre:
Please Click Here To Fill It Out

*Players must be at least 10 years old to participate. Players aged 10 to 11 must be participating with an adult (18+).

© All website content and images are property of Commando Action Centre Inc. Digital Marketing by WebMarketers
Closed For The Season!

We are currently closed for the season until March 2023 and we thank you very much for your support!

If you are still interested in making a reservation, we require a minimum of 10 players and the Full Commando is the only package at $63.99 plus HST per player.  Please call 613-835-1729 or at info@commandopaintball.ca.